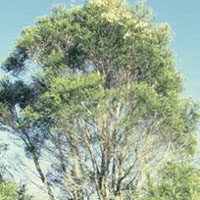 The oil contains numerous chemicals known as terpenoids. Australian standards were established for the amount of one particular compound, terpinen-4-ol, which must make up at least 30% and preferably 4050% of the oil for it to be medically useful. Another compound, cineole, should make up less than 15% and preferably 2.5% of the oil. The oil kills fungus and bacteria, including those resistant to some antibiotics.1, 2 For common acne, a double-blind trial compared the topical use of 5% tea tree oil to 5% benzoyl peroxide.3 Although the tea tree oil was slower and less potent in its action, it had far fewer side effects and was thus considered more effective overall.

Oil at a strength of 70100% should be applied moderately at least twice per day to the affected areas of skin or nail.9 For topical treatment of acne, the oil is used at a dilution of 515%. Concentrations as strong as 40% may be used—with extreme caution and qualified advice—as vaginal douches. For thrush in immune-compromised adults, tea tree oil diluted to 5% or less is used in the amount of 1 tablespoon (15 ml) four times daily (as a mouth rinse). Tea tree oil should never be swallowed.