Fatty Acid from Fish Is Brain Food for Kids 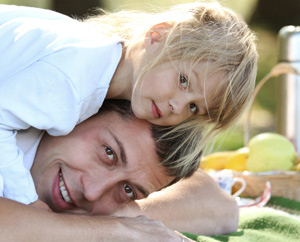 Science increasingly supports fish oil’s reputation as brain food. For example, one study found both reading and behavior improved in primary school-aged children who were reading below their grade level after supplementing with the omega-3 fatty acid DHA (docosahexaenoic acid).

Giving the brain a boost

The study, published in PLoS One, included 362 reading-challenged children from 6 to 10 years old attending primary school in Oxfordshire, UK. All of the children ate fish no more than twice per week and had reading scores in the lowest 33% for their age, which means that their reading ability was approximately 18 months below the expectation for their actual age. They were given either 600 mg of DHA or a similar amount of a corn and soybean oil blend every day for 16 weeks.

To assess the effect of DHA, reading and memory tests were performed, and parents and teachers filled out questionnaires about the children’s behavior, at the beginning and end of the study. The assessments showed the following:

“This study provides the first evidence that dietary supplementation with the omega-3 [fatty acid] DHA might improve both the behavior and the learning of healthy children from the general school population,” the study’s authors said. They further pointed out that, based on their findings, “DHA supplementation should be regarded as a targeted intervention for the poorest readers, rather than as a universal [approach].”

Nourishing your child to help them learn

DHA is an omega-3 fatty acid found in fish and fish oil, which, along with EPA (eicosapentaenoic acid), is known to be important for normal brain and nervous system development, and there is growing evidence that low intakes of EPA and DHA are associated with learning and behavior problems in children.

Here are some things to consider if your child needs support for reading and behavior difficulties: