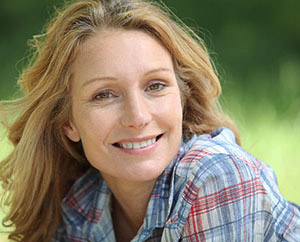 People with congestive heart failure who have low vitamin D levels might improve their condition by taking a vitamin D supplement, according to a study in Congestive Heart Failure.

"The main finding of the current investigation is that 12 weeks of administration of oral vitamin D3 to heart failure patients with insufficient or deficient levels of serum vitamin D markedly improves their physical performance and the laboratory parameters of heart failure," the researchers concluded.

Congestive heart failure, or heart failure, can have many different causes, but the result is always the same: the heart is unable to pump enough blood to meet the needs of the body.

High blood pressure is a leading cause of heart failure. As the heart works to pump blood against higher-than-normal resistance, an extra strain is placed on the heart muscle.

Symptoms of heart failure include shortness of breath, chronic cough, abdominal swelling, edema of the legs and ankles, difficultly exercising, and fatigue.

Heart failure is typically treated with some combination of drugs, including blood pressure-lowering medications, diuretics (water pills), and medications that strengthen the heart’s contractions.

The study was conducted to see what effects supplementing with vitamin D might have on people with heart failure. One hundred people (average age 45 years) took part in the trial. Of these, 76% had insufficient or deficient vitamin D levels.

For four weeks, these people were given 50,000 IU of vitamin D3 (cholecalciferol) every week for 8 weeks, followed by 50,000 IU every month for 2 months. Before and after vitamin D supplementation, the people underwent exercise testing and the severity of their heart failure was assessed. After taking vitamin D,

Because there was no control group in this study, it is not known whether some or all of the improvement was due to a placebo effect.

While genetics play a part in the development of heart failure, there’s still plenty you can do to avoid it.

Kimberly Beauchamp, ND, received her doctoral degree from Bastyr University, the nation’s premier academic institution for science-based natural medicine. She co-founded South County Naturopaths in Wakefield, RI, where she practiced whole family care with an emphasis on nutritional counseling, herbal medicine, detoxification, and food allergy identification and treatment. Her blog, Eat Happy, helps take the drama out of healthy eating with real food recipes and nutrition news that you can use. Dr. Beauchamp is a regular contributor to TraceGains Newswire.