Power Up Your Brain with a Multivitamin 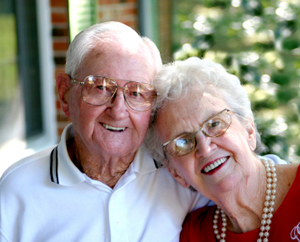 Some of the best advice for preventing memory loss as we age is to stay mentally and physically active. According to a review of the research published in the Journal of Alzheimer’s Disease, it might also be wise to take a multivitamin, as it may improve an important type of memory.

Pooling the data on multivitamins and memory

In the review, researchers performed a meta-analysis of the pooled data from ten trials, in which healthy adults were given a daily multivitamin supplement or placebo for one month or more and changes in cognitive function were measured. The multivitamins varied among the studies, but in general they had some combination of B-complex vitamins and small amounts of other nutrients such as minerals, antioxidants, and herbal extracts.

Multivitamins help us remember what we just learned

The report noted the following findings:

The researchers found that there was not enough data looking at the effects of multivitamins on general cognition, reasoning, or mental speed to demonstrate clear benefits.

“Based on the evidence, it appears that multivitamin supplements may be useful in improving free recall memory in healthy adults,” said lead study author Dr. Natalie Grima of Monash University in Clayton, Australia. “Given that the recall of recently learned information is a core clinical feature of probable Alzheimer's disease, future research should investigate the effects of multivitamins in those diagnosed with Alzheimer's disease."

Based on the findings from this review, taking a multivitamin every morning may be one way to maintain a youthful memory. Here are some other things you can do to protect brain function as you age:

Maureen Williams, ND, completed her doctorate in naturopathic medicine at Bastyr University in Seattle and has been in private practice since 1995. With an abiding commitment to access to care, she has worked in free clinics in the US and Canada, and in rural clinics in Guatemala and Honduras where she has studied traditional herbal medicine. She currently lives and practices in Victoria, BC, and lectures and writes extensively for both professional and community audiences on topics including family nutrition, menopause, anxiety and depression, heart disease, cancer, and easing stress. Dr. Williams is a regular contributor to Healthnotes Newswire.