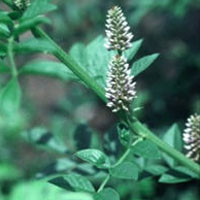 The two major constituents of licorice are glycyrrhizin and flavonoids. According to test tube studies, glycyrrhizin has anti-inflammatory actions and may inhibit the breakdown of the cortisol produced by the body.1, 2 Licorice may also have antiviral properties, although this has not been proven in human pharmacological studies. Licorice flavonoids, as well as the closely related chalcones, help heal digestive tract cells. They are also potent antioxidants and work to protect liver cells. In test tubes, the flavonoids have been shown to kill Helicobacter pylori, the bacteria that causes most ulcers and stomach inflammation.3 However, it is unclear whether this action applies to the use of oral licorice for the treatment of ulcers in humans.

An extract of licorice, called liquiritin, has been used as a treatment for melasma, a pigmentation disorder of the skin. In a preliminary trial,4 topical application of liquiritin cream twice daily for four weeks led to a 70% improvement, compared to only 20% improvement in the placebo group.

A preliminary trial found that while the acid-blocking drug cimetidine (Tagamet) led to quicker symptom relief, chewable deglycyrrhizinated licorice (DGL) tablets were just as effective at healing and maintaining the healing of stomach ulcers.5 Chewable DGL may also be helpful in treating ulcers of the duodenum, the first part of the small intestine.6 Capsules of DGL may not work for ulcers, however, as DGL must mix with saliva to be activated.7 One preliminary human trial has found DGL used as a mouthwash was effective in quickening the healing of canker sores.8

There are two types of licorice, “standard” licorice and “de-glycyrrhizinated” licorice (DGL). Each type is suitable for different conditions. The standard licorice containing glycyrrhizin should be used for respiratory infections, chronic fatigue syndrome or herpes (topical). Licorice root in capsules, 56 grams per day, can be used. Concentrated extracts, 250500 mg three times per day, are another option. Alternatively, a tea can be made by boiling 1/2 ounce (14 grams) of root in 1 pint (500 ml) of water for fifteen minutes, then drinking two to three cups (500750 ml) per day. Long-term internal use (more than two to three weeks) of high amounts (over 10 grams per day) of glycyrrhizin-containing products should be attempted only under the supervision of a doctor. Licorice creams or gels can be applied directly to herpes sores three to four times per day.

DGL is prepared without the glycyrrhizin in order to circumvent potential safety problems (see below), and is used for conditions of the digestive tract, such as ulcers. For best results, one 200300 mg tablet is chewed three times per day before meals and before bed.9 For canker sores, 200 mg of DGL powder can be mixed with 200 ml warm water, swished in the mouth for three minutes, and then expelled. This may be repeated three or four times per day.