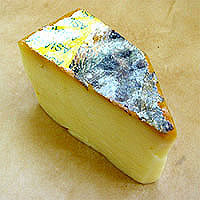 This cheese is available in flavors ranging from mild to aged, and the types are described by their flavor. Dolce describes a mildly spicy asiago, several months old; medio describes a stronger product, aged longer; and piccante asiago is a hard, aged cheese with a piquant flavor, suitable for grating. Piccante asiago is also enjoyed as a flavorful table cheese, eaten in paper-thin slices.

This is the mature, hard cheese. It is produced from skimmed raw cows’ milk and sold in flat cheese wheels weighing 18 to 31 pounds (8 to 14 kg). It is marketed as fresh (fresco) asiago, aged two to three months, good for sandwiches and salads, and medium-ripe (mezzano), aged four to five months. Slow-ripened (vecchio) asiago, aged nine months or longer, is a table cheese, also suitable for cooking.