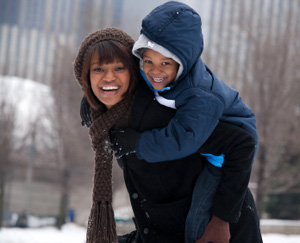 If you try probiotics, for best effect take them daily for a few days to a couple of weeks prior to flu vaccination

It’s flu season and you’re likely planning how best to protect yourself against this malady. If you are someone who turns to a yearly influenza vaccination, then this research should interest you: a study published in the British Journal of Nutrition reports that probiotic supplements may boost the effectiveness of the flu vaccine.

Health experts have known that probiotics—healthy bacteria in our digestive tracts—play a role in immune function, but they don’t know exactly how and why. To study these questions, researchers randomly selected 211 healthy adults to receive one of the following daily for six weeks:

The researchers analyzed the samples for levels of:

After six weeks of probiotic supplements, the researchers found that between baseline and six weeks, compared with the placebo group, both supplement groups experienced:

This study found certain probiotic supplements enhanced the body’s immune response to flu vaccination. Better vaccine response means you’re more likely protected against influenza when it comes around. Our tips can help you use this information to develop your best flu fighting plan.

Suzanne Dixon, MPH, MS, RD, an author, speaker, and internationally recognized expert in chronic disease prevention, epidemiology, and nutrition, has taught medical, nursing, public health, and alternative medicine coursework. She has delivered over 150 invited lectures to health professionals and consumers and is the creator of a nutrition website acclaimed by the New York Times and Time magazine. Suzanne received her training in epidemiology and nutrition at the University of Michigan, School of Public Health at Ann Arbor.