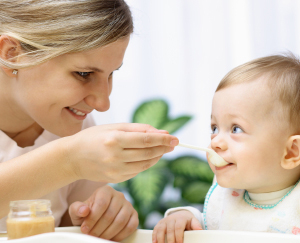 An immature digestive system, excess gas, baby’s temperament, or sensitivities to foods in a breast-feeding mother’s diet might be to blame

If you have a colicky baby, you know that caring for an inconsolable infant can be frustrating and trying. Fortunately, relief may be at hand. One study reports that a “friendly bacterium,” the probiotic strain Lactobacillus reuteri, may soothe crying in babies with colic.

As many as 28% of babies suffer from colic—persistent, inconsolable crying in an otherwise healthy infant that lasts for at least three hours per day on three or more days per week. During crying episodes, babies may draw their limbs up to their tummies, grimace, and turn bright red, leaving caregivers desperate to relieve the baby—and themselves.

Symptoms usually begin at about three to six weeks of age and typically resolve by the time the baby is three months old. While a couple of months might not sound that long, any parent of a colicky baby can tell you that it can seem like an eternity.

No one knows for sure what causes colic, but some researchers have suggested that an immature digestive system, excess intestinal gas, baby’s temperament, or sensitivities to foods in a breast-feeding mother’s diet might be to blame.

Babies with colic tend to have less beneficial “probiotic” bacteria in their gastrointestinal tracts, a fact that led doctors to try using a probiotic product to help ease the condition. In the study, babies who were given the probiotic L. reuteri cried 94 minutes less per day than those given simethicone (an antigas agent commonly prescribed for colic). Mothers from both groups were asked to avoid all dairy products. In all, 95% of the babies who were given the probiotic experienced improvement, compared with only 7% who took simethicone.

The L. reuteri product used in the study is commercially available from BioGaia AB, Stockholm, Sweden. Talk to your child’s pediatrician to see if this product or a similar preparation may be appropriate for calming your baby’s colic.

The researchers concluded, “The safety profile of probiotics makes them a favorable alternative to all other therapeutic options for breast-fed infants with colic.”

Kimberly Beauchamp, ND, earned her bachelor’s degree from the University of Rhode Island and her Doctorate of Naturopathic Medicine from Bastyr University in Kenmore, WA. She cofounded South County Naturopaths in Wakefield, RI. Dr. Beauchamp practices as a birth doula and lectures on topics including whole-foods nutrition, detoxification, and women’s health.