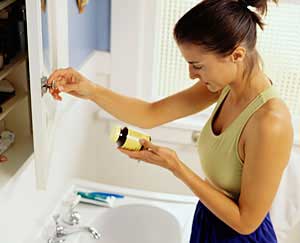 A 14-member expert committee assembled by the Institute of Medicine of the National Academies has evaluated current vitamin and mineral recommendations, taking into account science that emerged since the last set of guidelines were issued. This has resulted in a long anticipated raising of recommended blood levels and upper limits for vitamin D, while also sparking discussion on whether the revisions are adequate to address widespread need.

The Institute of Medicine (IOM) panel increased vitamin D recommendations across the board:

The safe upper limits for vitamin D intake have been raised as well:

Tripling the recommended vitamin D intake for most people may seem like a lot, but many advocates feel it isn’t enough. Yet while vitamin D has been well studied in recent years and widely shown to protect against a host of diseases, the science is complicated and results can be interpreted in many ways. Due to issues ranging from uneven study type and quality to challenges in firmly establishing optimal blood levels of vitamin D for good health, the IOM panel chose to stick to only what has been shown conclusively, leading to conservative recommendations.

The panel was also conservative with raising the safe upper limits, though for these decisions they did not rely on conclusive research but counted potential harm suggested by the limited available research. While doctors frequently prescribe short-term high-dose vitamin D supplementation to correct deficiencies common to certain groups (see below), studies suggesting it’s safe to supplement with up to 10,000 IU per day of vitamin D are of a few month’s duration, which do not tell us whether those levels might offer long-term risks. (Note: It is possible that the body may form 10,000 IU of vitamin D from a single day of sun exposure. However, vitamin D formed through a natural process affects the body differently than high doses taken by mouth.)

What you can “D”o right now

How to interpret the information? Alan Gaby, MD, chief science editor at Aisle7, has this perspective: “The increases in recommended intakes for vitamin D are encouraging. While even higher intake levels may turn out to be optimal for some people, it is wise to proceed with caution, since excessive doses of vitamin D can be toxic.” So, while the scientific debate settles, you can feel confident using the following tips to guide your vitamin D decisions:

(The Institute of Medicine of the National Academies. Dietary Reference Intakes for Calcium and Vitamin D. Available at: www.iom.edu/Reports/2010/Dietary-Reference-Intakes-for-Calcium-and-Vitamin-D.aspx. Accessed November 30, 2010.)

Suzanne Dixon, MPH, MS, RD, an author, speaker, and internationally recognized expert in chronic disease prevention, epidemiology, and nutrition, has taught medical, nursing, public health, and alternative medicine coursework. She has delivered over 150 invited lectures to health professionals and consumers and is the creator of a nutrition website acclaimed by the New York Times and Time magazine. Suzanne received her training in epidemiology and nutrition at the University of Michigan, School of Public Health at Ann Arbor.