A Natural Source of Statins for Lowering Cholesterol? 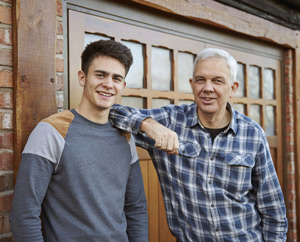 Statins, a class of medications used to treat high cholesterol and triglyceride levels, are among the most commonly prescribed drugs in the world. Statin chemicals are naturally produced through fermentation with specific fungi. One study found that a garlic extract fermented with the statin-producing yeast, Monascus pilosus, can reduce high triglyceride and cholesterol levels.

The study, published in Clinical Nutrition, included 55 people with normal or moderately elevated triglyceride levels. They were divided into two groups: one was treated with the fermented garlic extract, 900 mg per day, while the other was given placebo for 12 weeks. The daily amount of the fermented garlic extract provided 2 mg of the statin chemical, monacolin K, an amount so small that it is believed to have no measurable effect.

Lab test performed during the trial revealed the following findings:

“In this study, we evaluated the effects of a product from Monascus pilosus cultured in garlic juice, which is commercially available in Japan,” the study’s authors said about their trial. “Intake [of the fermented garlic extract] decreased the serum triglyceride and LDL cholesterol concentrations, respectively, by 14.8% and 14.2% at maximum.”

Foods cultured with the monascus species of yeasts are widely used as additives and colorants in traditional Asian cuisine. Red yeast rice is an example of a food produced through fermentation with monascus yeasts. Red yeast rice has demonstrated a significant cholesterol-lowering effect and has become a popular nutritional supplement. Like the fermented garlic, it contains a small amount of monacolin K, which may contribute to its actions, but is unlikely to be the only factor.

Maureen Williams, ND,completed her doctorate in naturopathic medicine at Bastyr University in Seattle and has been in private practice since 1995. With an abiding commitment to access to care, she has worked in free clinics in the US and Canada, and in rural clinics in Guatemala and Honduras where she has studied traditional herbal medicine. She currently lives and practices in Victoria, BC, and lectures and writes extensively for both professional and community audiences on topics including family nutrition, menopause, anxiety and depression, heart disease, cancer, and easing stress. Dr. Williams is a regular contributor to Healthnotes Newswire.