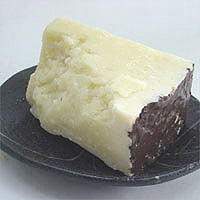 Pecorino Romano table cheeses, known for their mild flavor, include fresh unripened (unaged) Pecorino, called fresco, the slightly aged cheese called semifresco, and Pecorino dolce. Hard cheeses and grating cheeses, such as the aged Pecorino Romano, are, like many European wines, a regulated product and major export; only those produced in specific regions may bear this name. Today, the majority of this cheese is made in Sardinia, through an ancient, labor-intensive process.

Romano is also produced in the United States, Canada, and other countries, to be used as a grating cheese, and is made from the milk of cows, sheep, or goats.