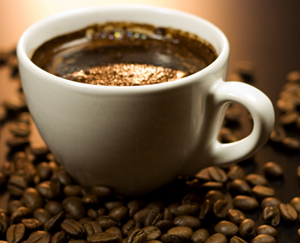 Drinking coffee or tea may offer protection from several chronic diseases. But according to a study in Physiology and Behavior, the way you take your favorite drink could affect how much good you get from it.

What’s in your cup?

Coffee is one of the richest sources of polyphenols in the Western diet, outpacing fruits and vegetables. Chlorogenic acids are the most abundant class of phenolic compounds found in coffee.

Since these health-promoting beverages are so popular, scientists wanted to gain a better understanding of what factors affect the absorption and metabolism of the good stuff found in them. To do that, they compiled the results of dozens of studies.

Here’s what they found about tea:

Black tea may decrease the risk of developing kidney stones, protect against lung cancer, and inhibit the growth of cavity-causing bacteria in the mouth.

Less is known about how phenolic compounds found in coffee are absorbed. From the available research, it appears that:

Besides lowering the risk of several diseases, regular coffee consumption may protect against liver cirrhosis and non-alcoholic fatty liver disease, decrease the risk of depression, especially in older women, and enhance exercise performance.

Worried about your blood pressure? Most experts agree that while coffee may temporarily raise blood pressure, drinking it regularly won’t cause a problem for most people.

Kimberly Beauchamp, ND, received her doctoral degree from Bastyr University, the nation’s premier academic institution for science-based natural medicine. She co-founded South County Naturopaths in Wakefield, RI, where she practiced whole family care with an emphasis on nutritional counseling, herbal medicine, detoxification, and food allergy identification and treatment. Her blog, Eat Happy, helps take the drama out of healthy eating with real food recipes and nutrition news that you can use. Dr. Beauchamp is a regular contributor to TraceGains Newswire.