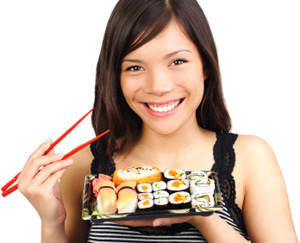 Since the first study was published 20 years ago, a number of researchers have investigated the relationship between depression and omega-3 fatty acids. And a new review of the research confirms that omega-3 fatty acids may be helpful to people who have been diagnosed with severe depression.

The review, published in the American Journal of Clinical Nutrition, combined the evidence of 35 controlled trials. There were many differences among the studies, including in the participants’ diagnoses, gender, and age; the amount and types of omega-3 fatty acids taken; and the duration of treatment. Despite these differences, the researchers were able to draw some important conclusions from the data:

The study authors summarized their findings: “Trials conducted in individuals with a diagnosis of depressive illness provide some evidence of a beneficial effect of omega-3 polyunsaturated fatty acid supplementation, but no evidence is available suggesting a benefit of omega-3 polyunsaturated fatty acid supplementation in individuals without a diagnosis of depressive disorder.”

The many benefits of fish fats

The omega-3 polyunsaturated fatty acids EPA (eicosapentaenoic acid) and DHA (docosahexaenoic acid) are found in cold water fish such as salmon, tuna, herring, and mackerel, as well as cod liver oil. Eating these fish regularly and supplementing with cod liver oil or EPA and DHA are healthy and safe practices for most people. In addition to their potential in treating depression, omega-3 fatty acids have been found to reduce high blood pressure, lower triglyceride levels, and improve symptoms in people with certain autoimmune conditions such as rheumatoid arthritis and Crohn’s disease.

Taking on depression from multiple angles

A number of nutritional and lifestyle factors can influence mood in general, and the course of depression in particular. Taking the following steps could lead to a better mood, though it is important to seek medical advice if you feel depressed beyond the normal ups and downs, and especially if these feelings are preventing you from functioning normally: