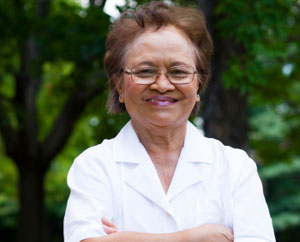 Antioxidants are often celebrated as one key to slowing the aging process and keeping us young, because theyprotect against changes to cells caused by free radicals (oxidation). Many plants are abundant in different types of antioxidants, which is one reason nutritional guidelines emphasize the need for plenty of fruits and vegetables, including herbs. However, it is clear that current eating practices often don’t provide everything we need, and in particular seniors are frequently at risk for nutrient deficiencies. Supplements may help bridge the nutritional gap, which makes a particular study on a certain herbal combination of interest, as the herbs were found to increase the overall antioxidant status in seniors.

The study, which was published in the Journal of Ethnopharmacology, included 89 people over age 60 with mild to moderate chronic health problems that are common to seniors, such as osteoarthritis, high blood pressure, and type 2 diabetes. They were randomly assigned to receive either an herbal combination or placebo for six months.

The people receiving the herbal combination showed signs of increased antioxidant activity and reduced oxidation at the end of the trial. There were no changes in antioxidant status in the placebo group.

Antioxidants: the fountain of youth?

Although no one knows for sure whether taking this herbal formula could lead to better health and a longer life, the study’s authors suggest that reversing the decline in antioxidant status that occurs with age might slow the aging process.

“The results showed [a] significant rejuvenation of the total antioxidant capacityin the geriatric patients treated with the polyherbal formulation,” they said. “Antioxidants are intimately involved in the prevention of cellular damage, the common pathway for cancer, aging, and a variety of diseases.”

The results from this study begin to shed light on the ways that herbal combinations might promote better health. Below are a few plant antioxidants that have been studied for their effects on aging: